Please note: This article was published on August 22, 2019 and may contain information that is no longer current or up to date. 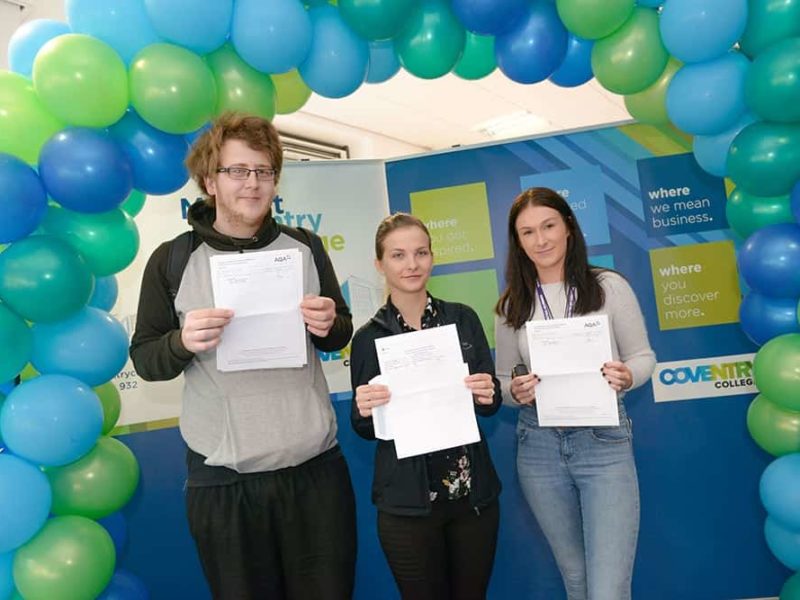 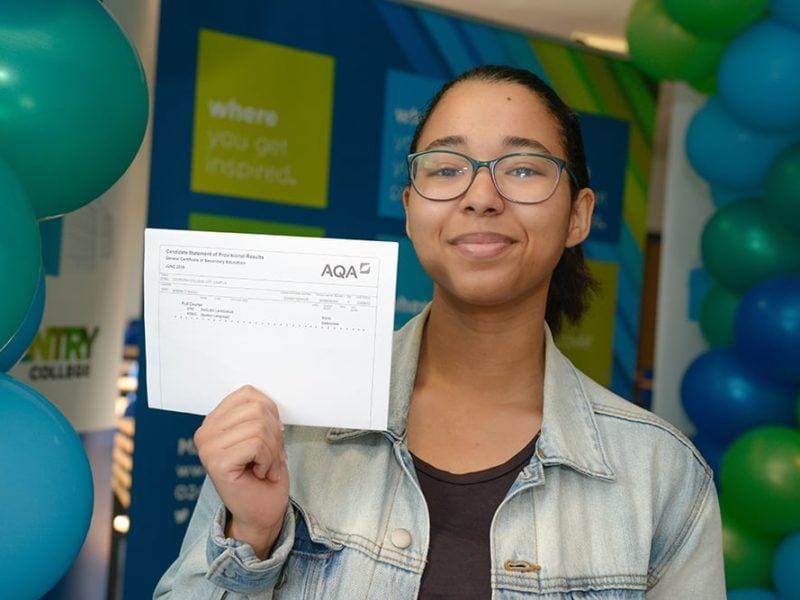 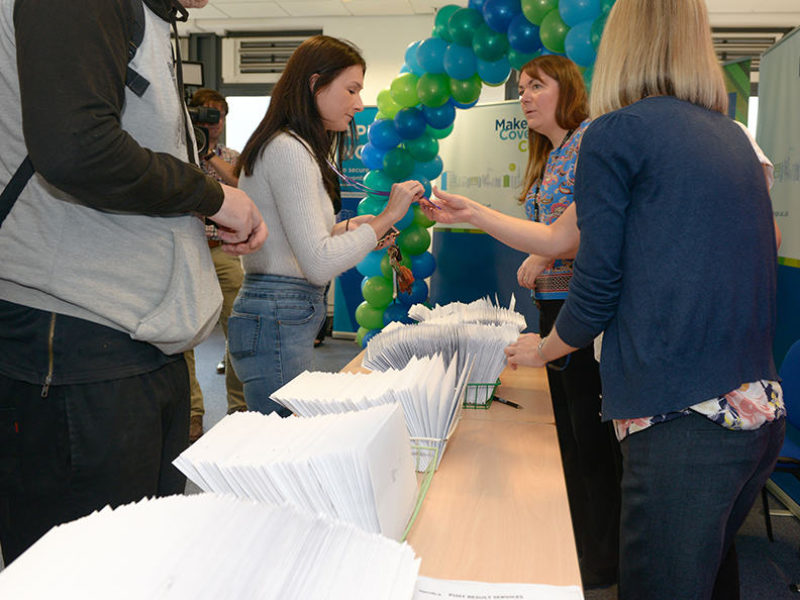 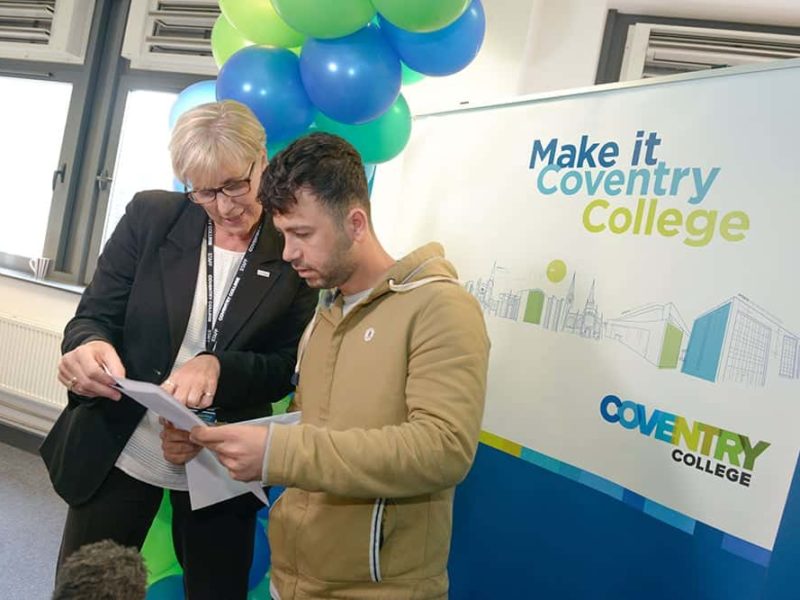 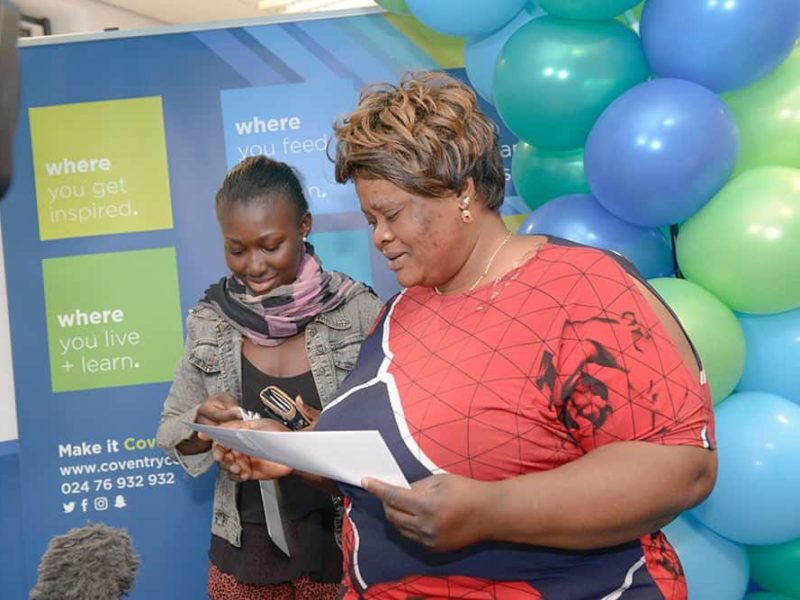 Students at Coventry College are celebrating after the further education provider recorded its best ever year of GCSE results.

The College, which teaches Maths and English GCSE courses to hundreds of 16 to 18-year-olds and adults who are re-taking their exams, achieved 455 grades of Level 4 or higher – with 4 being the equivalent of the old C grade, and 9 the equivalent of an old A*.

The figures are an increase on last year, and saw 252 passes of Level 4 or higher for English, and 203 for Maths.

It was a 19th birthday to remember for Sabina Di Nicoli, who achieved a Level 6 in English and Level 5 in Maths at Coventry College after arriving in England from Turin in October 2017.

“English is not my first language so I was really shocked in a good way by my result”, said Sabina.

“I needed to achieve at least Level 3 in Maths and a Level 4 in English to get on to my access course in Business and Administration to prepare for university, all is going to plan and I’m really thrilled”.

It was third-time lucky for 18-year-old Riley David-Guild, who after missing his English GCSE exams in secondary school due to a migraine, eventually passed his English GCSE at Coventry College with a Level 4.

“I wanted to make sure I had my English GCSE, because if there were any doors that I wanted to try and open in the future, I now know I have some strong qualifications behind me if they are needed”, added Riley, who has ambitions to work in the automotive industry.

Gill Banks, CEO at Coventry College, commented “A lot of our students who have achieved these results have had to overcome some form of adversity – be it taking their exams for a second time or returning to learning after a long break – so tutors and students alike should all be proud of themselves.

“Seeing the delight on the students’ faces when they open their envelopes is what makes the job so worthwhile, particularly for the tutors.

“GCSEs are some of the most important qualifications you can have as they unlock access to so many different educational pathways, both at our College and elsewhere.

“Hopefully today’s results will inspire our next generation to pursue further education in a chosen field – whether that’s through an apprenticeship or a vocational course at college.

“All of this said, it’s also important to recognise that there will be some students across the region who didn’t get the grades that they were hoping for, and we’d urge them not to panic, and to consult with their college tutor or a careers advisor on what their options are.”

All our Open Events have finished for 2022. You can still apply by searching for the programme you'd like to apply for on our website. Or if you'd like to chat to someone please call 02476 791100, email [email protected] or use our Live Chat.

We want you to experience what life at Coventry College is really like and hope you’ll get a feel for our campus, programmes and what to expect.

Search for a programme