A rising rugby star from Coventry will train with some of the best young talent in the country for the chance to represent England at an international tournament.

Jamal Gask-Clarke, a 17 year old student on the Coventry College Education Programme – Official College Partner with Wasps Academy, has been invited to take part in the England 7s Academy Talent Identification Camp 2019. The England 7s Academy was created in 2015 and has since seen a number of players advance into the senior squad where they have featured regularly on the HSBC World Rugby Sevens Series.

Jamal, from Eastern Green, will be hoping to join that list starting with a two day trial this month.

He said: “This is a great opportunity for me to test myself alongside some of the best young players in the country and move a step closer towards becoming a professional rugby player.

“The Education Programme has opened up so many doors for me, from training with the Wasps Junior Academy Squad, to taking part in international and 7s tournaments and working in a high performance environment on a day to day basis.

“This is another chance to develop my skills and I am proud to have the support of the college and academy behind me in doing this.”

Jamal will spend two days this month being put through his paces by England 7s Academy coaches at the Lensbury Club in Teddington.

The England 7s Academy was established to develop players who aren’t under professional Academy contracts to become either world class 7s players or to achieve XVs professional contracts.

The core England 7s Academy are professional players who train full-time at The Lensbury Club alongside the Senior England 7s squad, and compete in both domestic and intentional tournaments throughout the year.

Pete Glackin, Head of Rugby at Coventry College, said: “Jamal is a real success story for our Education Programme and this is another positive step forward for him.

“He has a fantastic attitude towards working hard on his game, he has developed his technical & tactical skills and understanding of the game and we feel he’s going to have a great future in the sport.

“We have created a really strong team culture here at the college and everyone is backing Jamal to do well.”

The Coventry College rugby programme has been operating for over 15 years, and was launched as an official college partner of Wasps Academy last year, allows aspirational rugby players to combine their sporting development with academic studies at the college’s RFU-accredited Henley Campus, preparing them for a career either as a player, or in their chosen industry.

The college offer rugby union scholarships to high performance players and have recently been accredited as a dual career talented athletes scholarship scheme (TASS) college to support a wide range of athletes while on full time study programmes.

The education programme incorporates weekly training sessions including strength and conditioning, game analysis, fitness testing, physio support and competitive fixtures through the season, including a range of 7s & international tournaments.

For more information on the programme visit www.coventrycollege.ac.uk 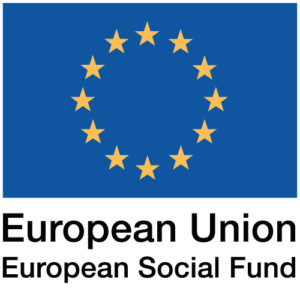